So for the next 3 weeks I am in China spending some time with my Dad, so my blogs will kinda be a travel blog for just a little while, because surely something funny is bound to happen if I talk for long enough, it will also let you know that I am still alive and I am hopefully having fun.

At the moment I am sitting in Hong Kong international airport in the dragon air lounge, using their free Internet so I thought I would take the opportunity to post my first two days.... 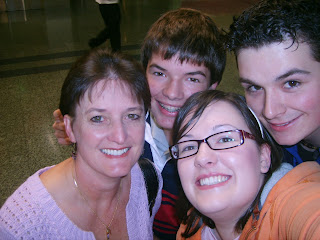 Well this morning, bright and early, at 6am I left home and headed towards the airport and while I have travelled overseas before I was very nervous, excited and scared about what today might bring because I have never done anything like this on my own. Every other time I have travelled I have been with some one who knew exactly what they were doing, but not today because once I walked through the doors at Melbourne airport I was on my own until I met Dad in Hong Kong.

Everything went according to plan though which was nice, except for the fact that as we were booking in Dave happened to mention that I go to the toilet a lot so I should sit in the isle, which was fine, but not only did I have an isle seat but I was the seat right in front of the toilet, so I spent most of the flight trapped in my seat by the queue for the loo. I also had the security guard play a little trick on me as I walked through the doors at Melbourne airport, as he had me convinced that he needed to use my laptop to check his emails, so I felt like a bit of a twit while I waited to board my flight. Apart from the toilet line and the flight being 9hours, it went off with out a hitch, I sat next to the coach for an Australian TaiJing team (some kind of martial arts thing) but he was sick, and he had that sick person smell, and he kept passing wind, which did get a little disgusting, but what can you do? At least he was friendly!

Once I navigated my self through Hong Kong customs I waited to meet Dad, which after a little bit of confusion I did, then Dad and I headed out to our hotel, none other than the Disneyland Hollywood Hotel, which means I have now crossed no.27 off my list because I had never been outside Hong Kong's airport, so it’s a place I had never been. We had a lovely dinner, and explored some of the hotel grounds which were all very exciting because everything is just soooooo Disney. On our way back up to our room we meet goofy in the foyer which was very exciting! 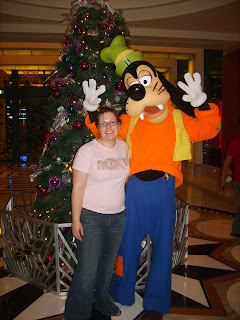 So there you go…that’s Day 1! I don’t think all my blogs will be this big, but we will see, it’s probably better reading if they aren’t! Tomorrow Dad and I are off to Disney land WOO HOO!
Mark 5:36 "Don't be afraid, just believe" 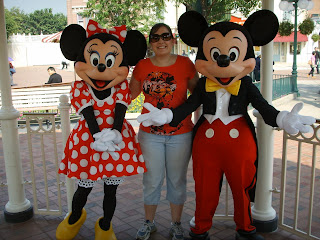 Wow Disneyland, what can I say it’s amazing, it’s perfectly Disney, everything about it, every last detail has something Disney on it, and I tell you what I love it! We started the day at a restaurant in the hotel were I enjoyed some pancakes, hash browns, and Mickey Mouse waffles. Once I was very full, Dad and I headed out to Disneyland.

The day was full of the good old Disney magic, we went on everything from space mountain (which was made so much better with Dad’s screaming before the ride had began) to the story of winnie the pooh. Being in Hong Kong I was convinced that all the characters in the streets of Disneyland would be Asian, but I was a little disappointed when all the characters around the park were the ones that required head pieces, like Mickey and Buzz, and the first few in the parade that didn’t have giant heads were just hired white people, but my wishes were finally answered when I saw Alice from Wonderland (yes the from was on purpose, because she wasn’t in wonderland she was in Disneyland), because it was an Asian women, and I must say it did look kind of funny.

Dad and I had a great time, and of course I did some very silly things too… I couldn't drive the little autopia Honda cars which are designed for 10year olds, I head butted the space mountain cart after getting my arms stuck in the safety bar when getting my sunglasses out of the little pocket at the end of the ride, almost falling out of my Mad Hatters tea cup as we span it ridiculously fast and running through “main street USA” to get a giant stuffed Eeyore. 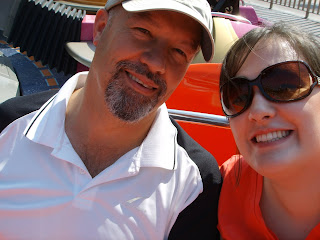 After watching the fireworks show Dad and I walked back to the hotel and kicked off our shoes to rest our very tired feet. I must admit though I was very sad to leave the park behind, because who knows when I will be back again…and nothing beats the magic of Disney.
Romans 14:17 "For the kingdom of God is not a matter of eating and drinking, but of righteousness, peace and joy in the Holy Spirit"
Posted by Em at 11:04 AM

Very Nice, i even see you were taller than Mickey and Minnie, does that make you feel special.